A real passion for the aesthetic is anchored deep in our Valke Vleug DNA. This Fall we’ve decided to honour our profound love for contemporary art, with a new Artist in Residence project.

As of the 1st of November, some of his recent work is displayed throughout our winery. Stan’s Valke Vleug atelier will be open for visits on several moments throughout his stay for Valke Vleug guests only:

Needless to say, this will be yet another inspiring November month at our Belgian winery.

The enigmatic work of Belgian artist Stan Van Steendam challenges our ideas of tradition and modernity. His work reflects a sense of intimacy that exists between the artist and his craft, his materials, and the emotions and sensations captured within his meditative creations — sculptural objects, and large-scale, monochromatic explorations in painting.

Van Steendam’s practice aims to deconstruct the materiality of painting, which he explores by way of an extensive process of layering raw pigments, plaster, and other matter, such as ash, dirt, and dust. Desiring to be close to his materials, and to control their traces and movements, Van Steendam works primarily with his bare hands. Placing emphasis on the physical presence of the object in the space, Van Steendam’s works become almost interactive in their approachability. Viewers can observe the texture and tactility of the pieces from all sides, placing them in conversation with the audience and allowing for a heightened state of perception.

Van Steendam — who lives and works between Brussels and Portugal — is motivated by classical paintings and the work of other artists, but he also draws much inspiration from the places where he chooses to reside and from nature; from lakes, water, cork trees, and dusty roads. During his Valke Vleug residency he will be working with materials from our vineyard and let our natural surroundings speak for themselves. 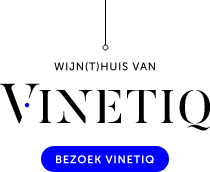